skip to main | skip to sidebar

On a date that is forever etched in the American psyche as one that showed us the worst of what humans can do, I choose instead to remember a man who, if only on a personal level, showed the best of what humans can be.  This man, Fred Christle, who was born in on September 18, 1884, died peacefully in his sleep on September 11, 1971.  When he was a boy, his father beat him so brutally that Fred left home at the age of 12 and hired out as a farm hand.  With no more than a sixth grade education, Fred went on to become an extraordinary farmer and gardener, worked a variety of hard, physically-demanding jobs throughout his lifetime, and had the good sense to marry my grandmother when she was 62 and I was only 3 years old.

Even with a past marred by domestic violence, which so often is the unfortunate predictor of future violence, he never raised his voice in anger nor lifted a finger to hurt another creature.  In fact, he gave the biggest, warmest hugs to children of all ages.  He lavished family and friends with the most luscious strawberries and other produce imaginable and after a lifetime of farming for sustenance, in retirement he began cultivating flowers for beauty.  His flower gardens and fields of flowers drew admirers from miles around and he was never happier than when cutting samples for large bouquets for his visitors.  In his 70s he began to carve magical folk art depicting activities and characters from his childhood as well as one or two fantasies of his, such as a fruit bowl with bikini-clad young women dancing on the rim.  Even Grandma found that one amusing.

His entire life was a hymn of joy and love and his daily activities were a gift back to his Maker.  His weathered face bore the wrinkles of a hard worker who toiled in the sun and smiled more than frowned.  His gnarled, beefy hands, which could crush without effort, usually cradled a sleeping child or a fistful of delphinium when they weren't gently cupped around my grandmother's elbow, helping her up a step or into the car.

The most beautiful three words I ever heard come out of his mouth were, "How's my girl?" when greeting me with open arms.  Well, today your girl misses you, Grandpa, but also feels extremely blessed to have been nurtured by your gentle, loving hands, heart and soul and to have bloomed in your garden. 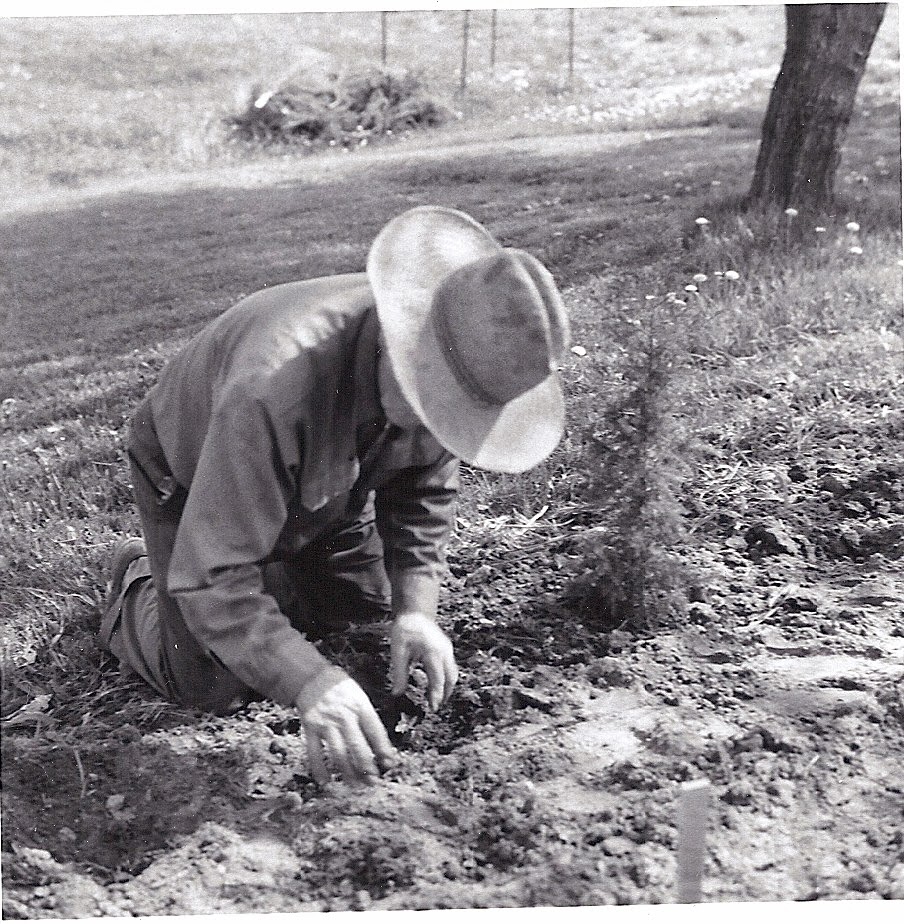 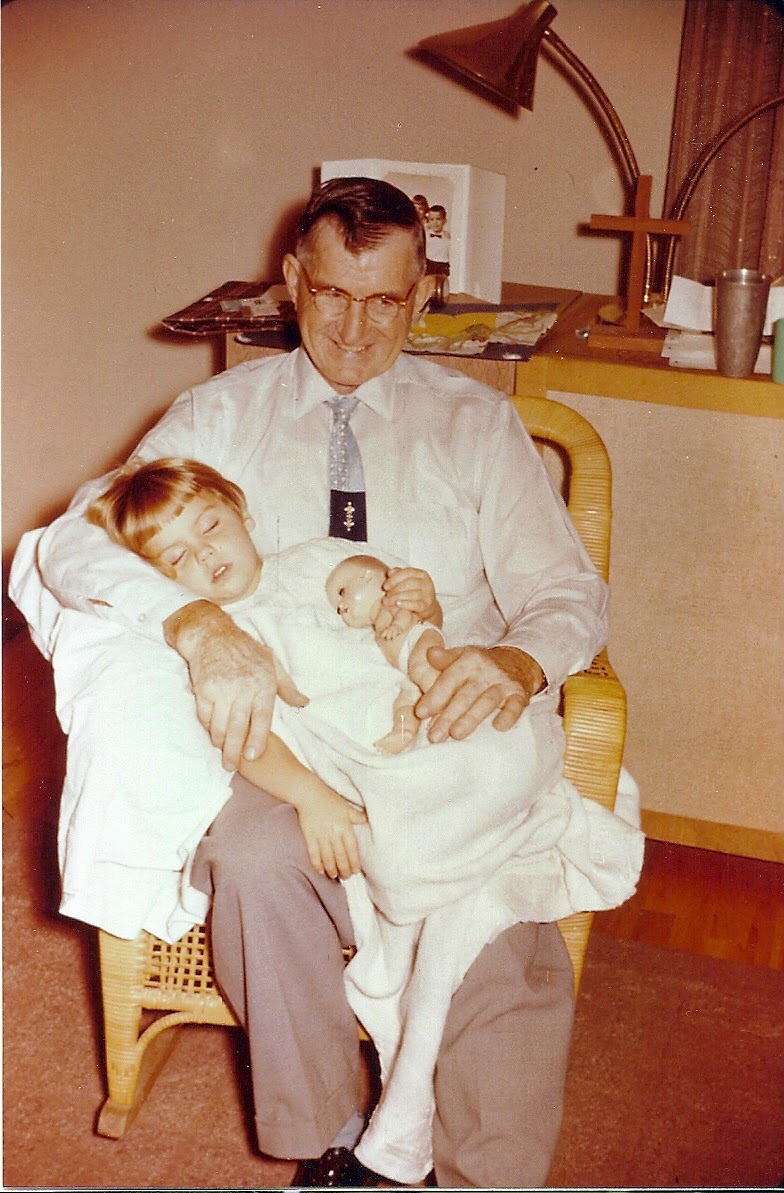 imeanit
Barbara Cooley is a writer and personal historian who manages to find the humor in life even when her bread lands butter side down. Widely published in neighborhood newsletters, and the occasional local newspaper lost and found, Barbara has also published several pieces in publications known only to an elite few. As the owner of Your Life & Times, Barbara helps people capture, preserve, and share their family's story through photographs, heirlooms, recipes, memories, and more. She lives and works in Grand Rapids, Michigan where she and her husband, Jim, share their home with rescue dog, Tai, who enjoys the bread on the floor no matter which side it lands on.